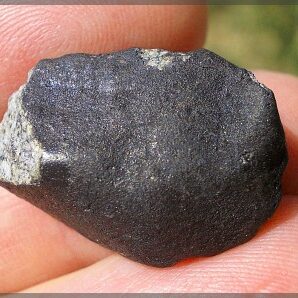 Chondrules are small grains from a few hundred microns to a few millimeters.

4.56 billion years ago, chondrules agglomerated to form chondrites, and thereafter, asteroids and planets.

Ordinary chondrites represent alone 80% of the meteorites discovered on earth.
They are composed of very small balls called chondrules that have accumulated one to another.

Ordinary chondrites have a temperature metamorphism which is graduated from 3 to 7. Higher the number is, more important is the meteorite metamorphism.

The names of the carbonaceous meteorites were determined, based on several falls used as reference.

CK have a petrological type from 3 to 6. 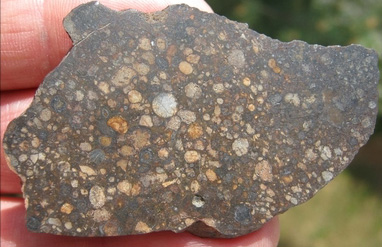 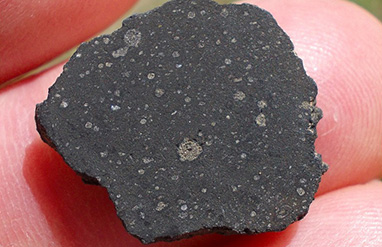 They are divided into two groups, the EL group and the EH group according to their iron content.

Represented by the Rumuruti meteorite that fell in Kenya in 1934.

Represented by the Kakangari meteorite that fell in India in 1890. 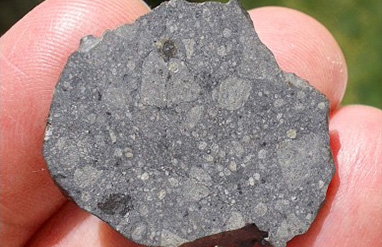 They represent only 8% of all meteorites and have no chondrules

This group includes the Howardites (How), the Eucrites (Eu) and the Diogenites (Dio).
The HED are the largest group of the achondrites (6%).
It is assumed that these meteorites come from an asteroid called Vesta.

They can contain diamond and are very difficult to saw.

They are clear and contain minerals unknown on Earth. 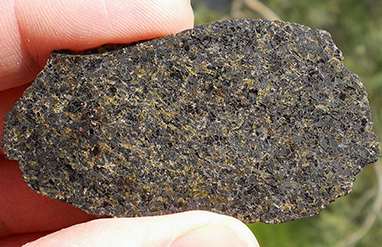 These meteorites come from Mars, they are represented by three
meteorites (Shergotty, Nahkla, Chassigny), which gave their name to this group.

They are more expensive than meteorites from Mars, because we are sure of their origin.
They can be compared with samples brought back from the Moon by NASA. 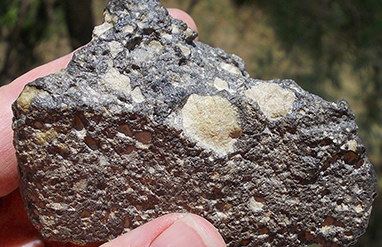 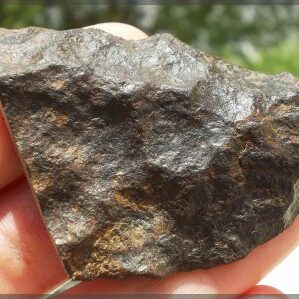 In the category of metallics ones still called siderites, there are Octaedrites, Ataxites and Hexahedrites.

The siderites are the most numerous, the attack with nitric acid of a polished face of this type of meteorite allows to see appearing a structure called Widmanstätten figure.

They don’t have a Widmanstätten structure visible to the naked eye.

If their surface is etched with hydrochloric acid, a network of bands called Neumann bands can appear. 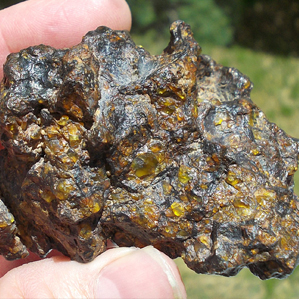 In the category of mixed or metallo-stones, there are Pallasites and Mesosiderites composed of a mixture of silicate and metal.

They are very aesthetic in thin and polished slice because they often contain crystallized grains of olivine. It was the German Pallas who first discovered this type of meteorite in 1775 in Siberia.

They probably come, like the HED, from the asteroid Vesta.